Colombo is an interesting and colourful tapestry of many races, religions and cultures and a city that showcases a wonderful colonial heritage blended in its many moods. Known as ‘Kolon thota’ , the native name of the city meaning ‘port’ it became ‘Colombo’ with the advent of the colonial rulers to the island. With a rapidly changing skyline it is indeed a unique city of ‘old and new’ that is swiftly unfolding into a spectacular tourist destination in the region. 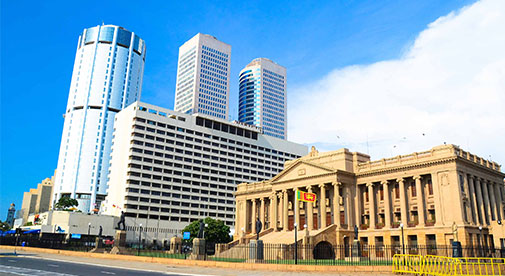 The Colombo City Tour, a venture by Sri Lanka Tourism Development Authority and Ebert Silva Holidays is Sri Lanka’s first ever open deck city sightseeing service in Sri Lanka and is the winner of the Sri Lanka Tourism Award as ‘The Most Improved Tourism Service of the Year. With unmatched panoramic views of the city in the big red open deck double decker coaches and live commentaries in English by professional guides you can hop on board any day to experience the city of Colombo like never before!